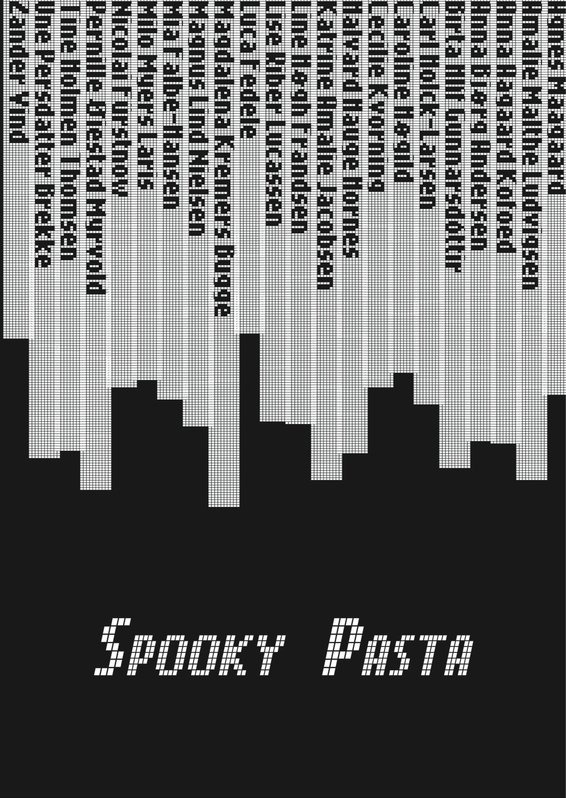 Pasta” – edited, shared, copy-pasted anecdotes of the uncanny and

monsters created by many Frankensteins haunt the online-sphere.

point, but aims to give it a physical existence in the gallery space.

The exhibiting artists are students from the art-department of Krabbesholm Højskole. 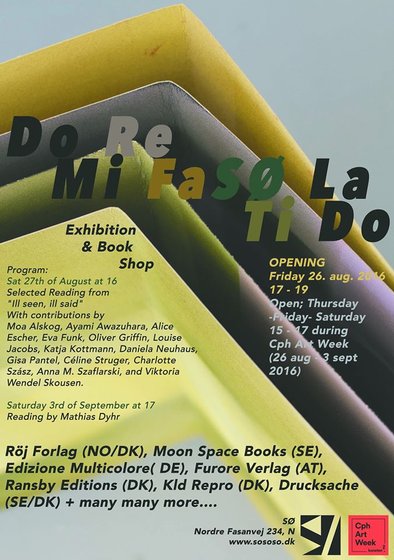 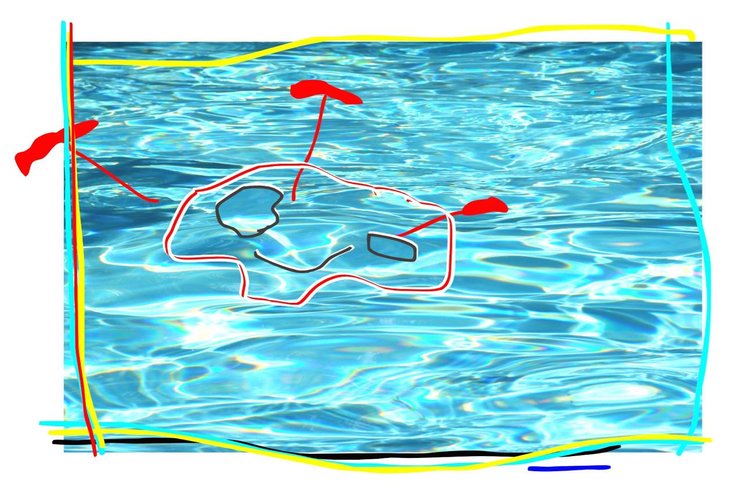 It always comes down to the question, if one is average, or... It's a pretty, little plaisir-dress. The thing about safety. The one, you search for. It's a complete feeling of faintness. Because, actually, you turn twenty, then you turn thirty and then you begin to construct a house.

Because, if you're sitting in an apartment by yourself, it's different again. Well, I also imagined it to be different.

And one time the shit was floating and the loo was clogged. So I took one of those sticks, from the branches and pushed it down the drain. But, if one is doing well? You can't say it that simply. You can't just say: One is doing well – or - one is doing poorly – you just can't.

And now I have been working for so long, I am actually a bit tired. It keeps getting harder and it really isn't pleasant.

But you can't just say everything all the time, - it's like that or like that. And in reality you know everyone's looking down the abyss.

And I am relatively settled somehow, but I depend on humans anyways. But you have to detach yourself from certain things. And it's better to detach, then to be stuck to them forever. 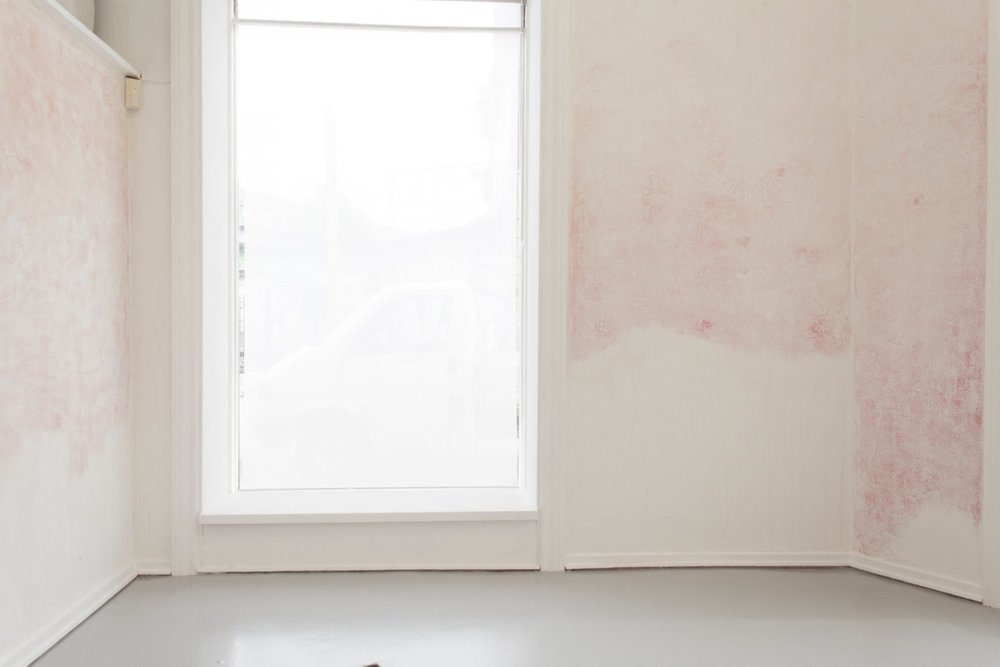 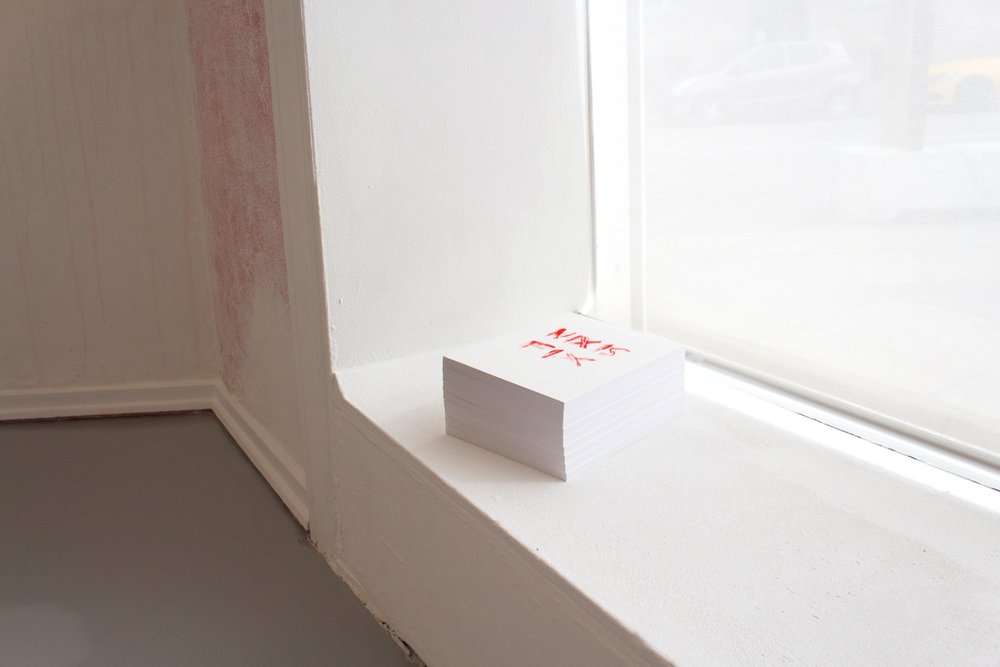 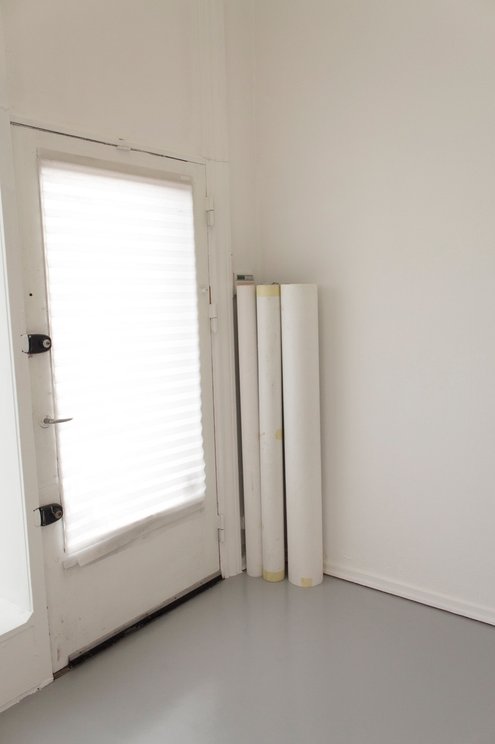 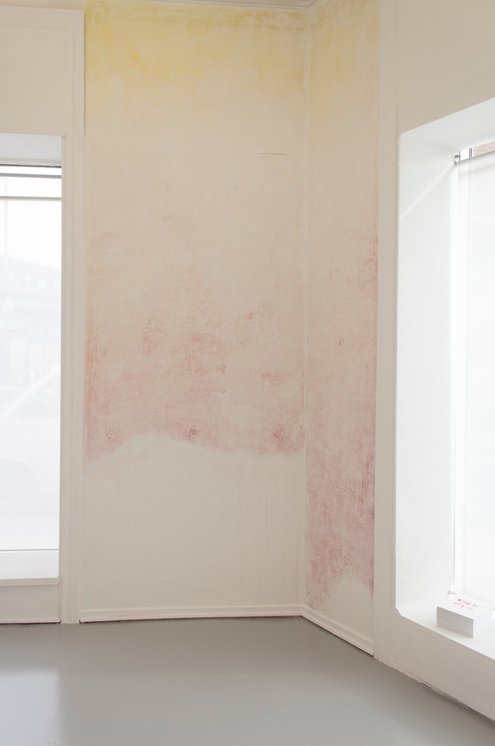 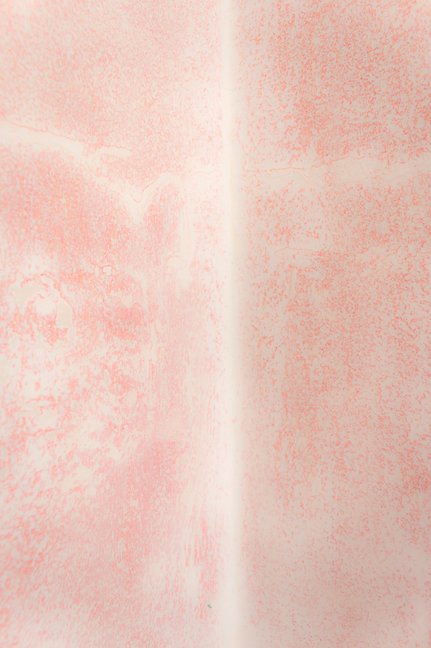 You turn towards the bar, all seats are taken, but someone reaches over and passes you a sweet drink.

The taste of adolescence runs down your throat and you hear someone say:

“ You know that tale of the fox and the stork?

They invite each other to their homes for drinks, but the stork cannot drink from the fox's bowls, because they're too flat for his long beak,

and when the fox tries to drink at the stork's home, his snout can't reach down the absurdly tall glasses of the stork.

The moral – I suppose – must be that you should know your audience.”

“Or”, another speculates “it simply means, that form follows function.”

Allesverloren is both, a group- exhibition and a pub.

All artists made site-specific works for the occasion. 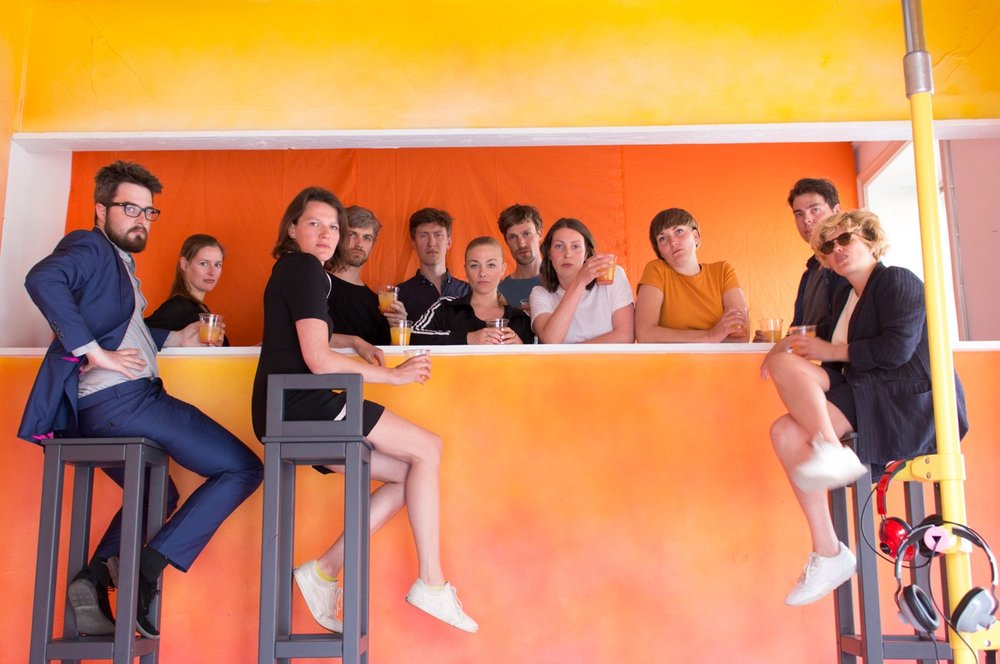 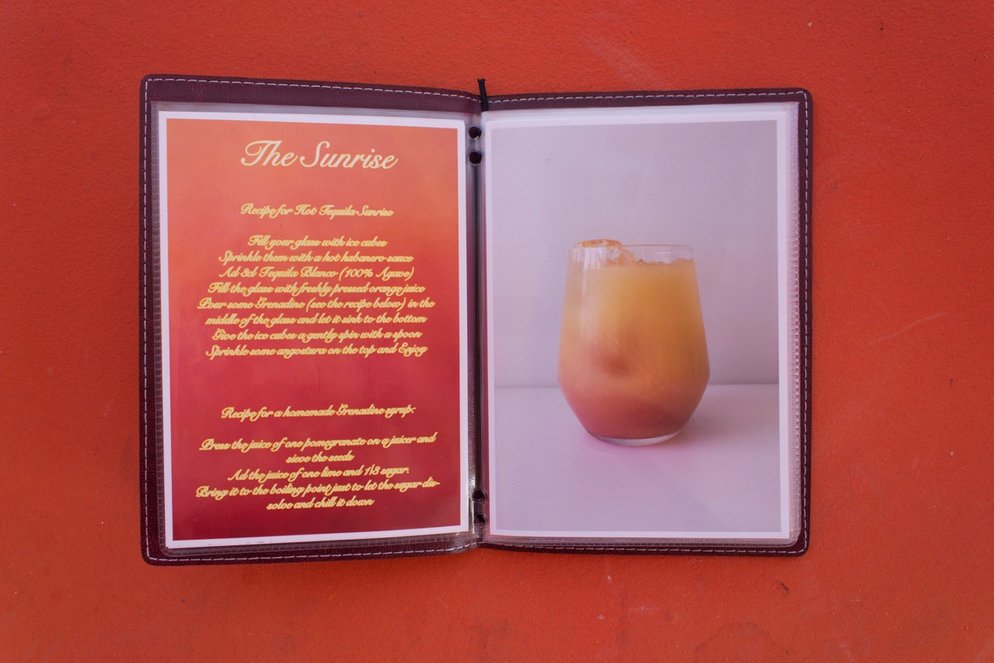 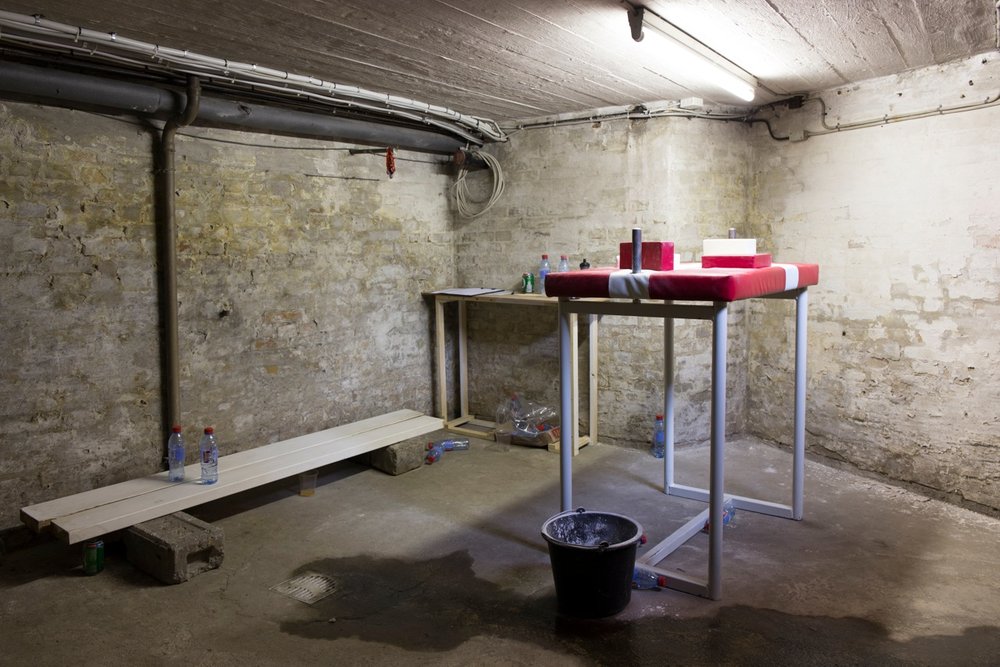 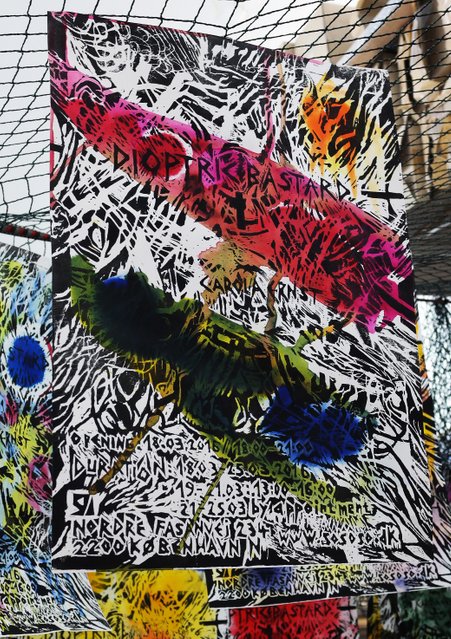 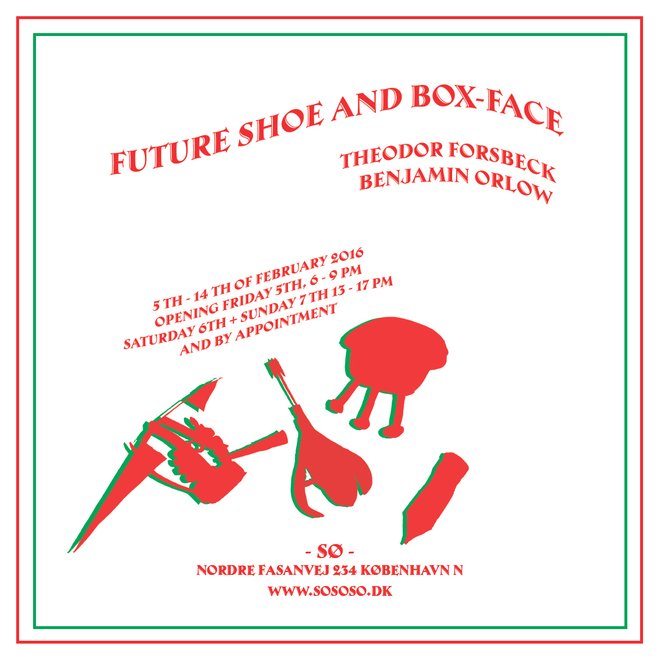 future shoe and box-face staring back at you

spot on eye while writing

spots on eyes while writing

spot-face talking with plants, in the future 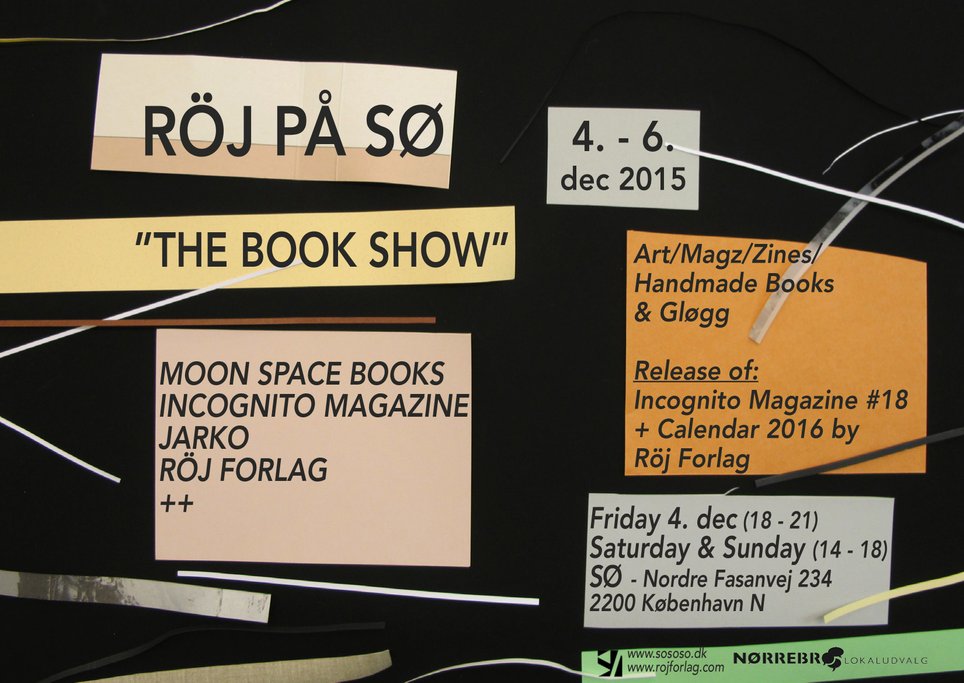 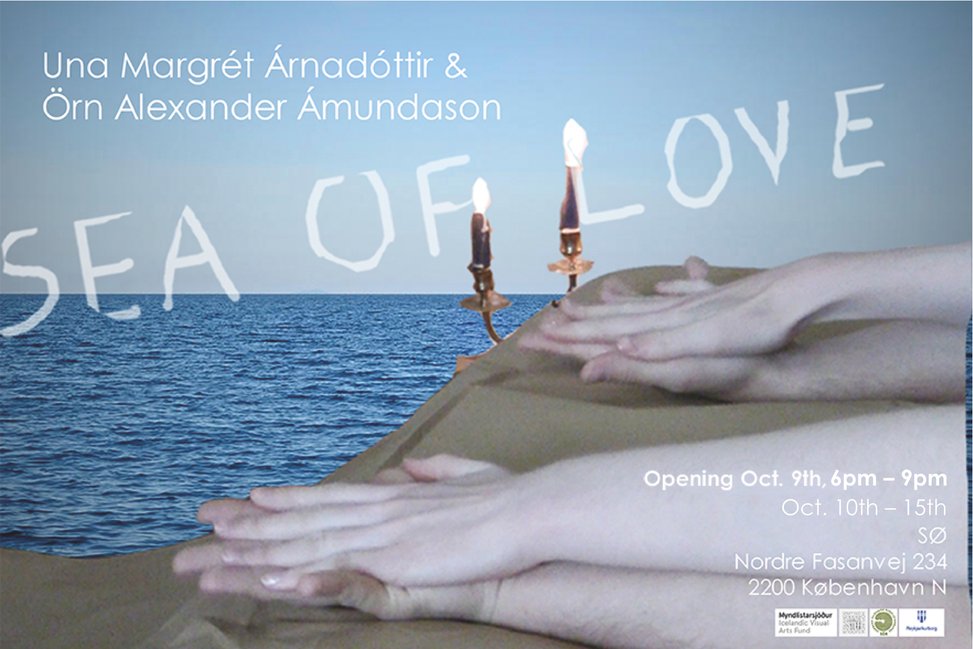 They usually work seperately but for this project they'll join forces. This will be their first solo-exhibition as a team.